You are here: Home / 5 Ed Three / DIY GUIDE No. 5 Power to the People: Auto-Reduction 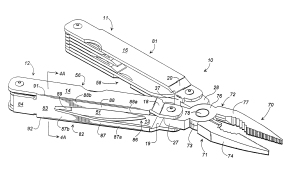 Winter is almost here. Sadly, the days of coin-operated electric meters that allowed for knife and string tricks and replacing coins with foreign shrapnel are long gone. So, while 20,000 plus people freeze to death in the UK each year, we can either spend all our money on heating and starve to death, or kill ourselves by cooking the power meter. Here are a few alternative methods to beat the policies of people freezing.

Do some research on the 1970s Italian movements for auto-reduction. Summarised here for inspiration: 1. Organise a meeting with your neighbours, the more the better. 2. Pay your bills together. 3. Then delay the payment by one week. 4. Next make a payment strike for one month. 5. Agree to break the strike if the company agrees to a 25% discount on all bills.

A household energy meter doesn’t belong to the tenant/occupier, but rather is the private property of a greedy, parasitic corporation that has the police on its payroll. If they notice you have tampered with your meter, you will probably get disconnected, fined, arrested, or all of the above. Never let the meter reader come into your place if the meter is showing negative usage or has an obvious bypass still in place! Having £0 bills is also likely to trigger an algorithm that will beep at some miserable sod in a headset who is paid minimum wage to begin the process of catching you out. If you do decide to auto-reduction your bills, make sure you still have current going through the meter from time to time.

Examine the type of meter you have at your house. Some of the new digital ones have tamper alarms and can register a bypass. Prepay meters work pretty much like normal meters apart from the top-up key. These were invented to make poor people even poorer, by forcing them to pay even more for power: no money/no credit history/no bank account/crap landlord equals no access to direct debit only/quarterly/significantly cheaper electric rates. With prepay meters, the key registers the difference between the amount of electricity paid for and the amount actually used, and transmits this data every time you top up. So use multiple keys and make sure you put money on them occasionally. Smart meters, supposedly designed to save the planet, are used for surveillance and punishment of those who cannot afford to pay. They can detect fiddling and communicate detailed records of power usage back to their masters.
WARNING: electricity is quite dangerous!

Becoming a steaming pile of shit and burnt hair next to your hall cupboard is arguably worse than watching your Gran die from hypothermia. Track down a mate who knows what they’re doing, or pay someone sympathetic/dodgy who does it for a living.
3 Magnets, how the fuck do they work?

This will depend on how old your meter is. If it is one of those with a spinning disc, it might be worth giving fiddling it a shot – this type is least likely to result in a fry up. Placing strongish magnets on either side of the meter box, roughly in line with the disc, will interrupt the magnetic field and should make the disc spin faster or slower. Play around with the positioning and polarity until you get it to slow down or stop, then tape them in place.
WARNING: The following methods require more care!

If the above doesn’t work you can drill a tiny, needle-sized hole in the plastic on the side of the meter in line with the spinning disc. Put a needle through and look through the panel at the front to make sure it comes out just under the disk. Apply some downward pressure to stop the disc spinning.

You (or better still someone who has technical experience) will need to tamper with potentially live wires. Which means TURNING OFF THE MAINS SWITCH on the fuse box. Then, find the main fuse – this will be BEFORE the fuse box – and pull it out. Use a multimeter or a voltage meter (available from hardware stores) to make sure there is no power in the meter before continuing. Insulated pliers, rubber boots and gloves are also a mighty fine idea. And don’t forget: everyone in the house MUST know that the meter reader is not to be allowed to enter the house. For more details on the nitty gritty of which wires to connect to which other wires – check out the good old internet.
Now, nothing left to do except enjoy an auto-reduction electrocution.