You are here: Home / 4 Ed Two / Time Out for Scheherazade 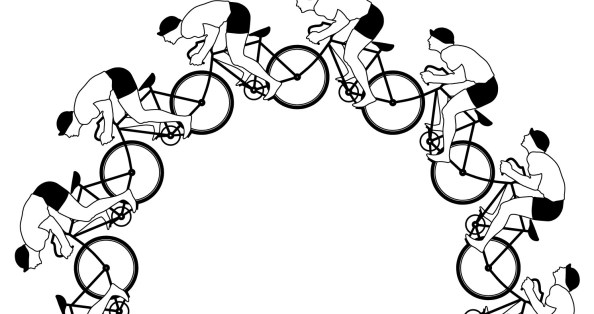 Reflecting on The Paper as a very serious play at theatre; the political as a theatrical serious playing at paper, and 1001 stories to tell, in pictures.

As bombs still rain down on Libya, with cockpit-cam night video peep-show footage of tanks being destroyed to preserve the No-Fly Zone on our 24-hour news (since tanks might fly?), we should probably have a discussion about images. David Cameron has evoked that old ‘line in the sand’ crusader cliché, and the TUC and NUS have worried about ‘hijacks’ and hi-jinx stealing their place on the day (N10, M26). But, a hijack means crashing a plane into the Twin Towers, not smashing a window – though both can be media events as well. Hijacking the UN and NATO to invade entire countries on pretence is of a different order of obfuscation – and the comic image of a President in combat gear reading stories to children does not quite register. On our part, we have had debates about images in the movement and in The Paper. Our discussion should and has extended to file images in other papers and media, and the convoluted political uses on several sides (and yes, we have been taking sides). So, what should we say about the image of images, what is the story with pictures worth a thousand words, what do we see when we open the photoshop, diorama, kaleidoscope of viewing to question?

The Millbank boot–window-demonstrator assemblage was reproduced many times. I particularly like the aesthetic, though of course it is a little bit pantomime. I also like to tell the story of watching the live BBC coverage of the December 9 demonstration as ‘anarchists’ stormed The Treasury. Early in the evening my two-year-old son was also watching when the police roughly handled a protester dressed as Santa Claus and bundled him aside. My son was shouting at the telly: ‘time out Santa, time out!’, having learnt at nursery that a cool-down period is necessary after a dispute over Lego blocks or whatever. With the kettle in place, the BBC camera then showed a police liaison constable directing photographers away from the action with the words: ‘Have you got the pictures you want? Then move along…’ Showing Santa storming The Treasury in a recession was not an ideal front page however, and so instead about a half hour later the sticking of the Prince’s ride in Regent Street was staged to grab the headlines.

The pantomime quality of such striking imagery is well known, and of course, in The Paper we have sought images with a punctum, or with irony, poignancy and politics. We have debated whether images of ‘protesters in Tahrir’ were problematic because the said protesters did not speak (photogenic credibility?), were possibly put in danger (military reprisals?), were wearing headscarves (exotica?), or were there as examples of revolt that we wished we had here (revolutionary tourism?). I think on the whole our discussions have moved us towards a more nuanced appreciation of images, and from the start we have included line drawings, illustrations, cartoons and art. My favourite is itself a claim for credibility, exotic and touristic all at the same time – the image of the boot that appears above the ‘Bosom of Fear’ article in the pink issue. This boot picks up – fashion editors love this kind of attention to accessories – an echo of the line drawings and photos of slippers in the issue that has images from Tahrir. That works for me.

Less successful were the two facing pages with pictures of Obama/Qaddafi and Mubarak/Qaddafi. These were overly literal and would only have ‘worked’ if the whole issue had been a relentless compilation of all the images of other Western leaders that had wined and dined with the Lion of Libya. We have discussed imagery that tells a story, but we also want multiple strands of narrative and subtlety in the pictures. The projection of scenes that complicate and deepen analysis, that step away from simple realism, that offer a provocative or contrary take on the expected, images that debate each other, that suggest reverie and thinking, or even that confuse, if they do so with intent. The Paper need not always adopt the one plus one platitudes of the commercial press. We can take inspiration from homemade placards from the rallies and the innovations of high art photography (Mapplethorpe and Cartier-Bresson as our gods) and tamper with each. Barbara Kruger could design a great issue, with text over picture and a wry cunning. We have had people send in their drawings, we have cultivated our own cartooning skills – and a cartoon certainly speaks in different ways in the press, there is something about the border around a cartoon that both enables anything to be said and disarms it as merely a joke. We have mostly avoided borders (of course, borders are rules).

We will multiply images, and always take sides, even with ambiguity.

The Stories of Scheherazade

The pantomime scene of marauding anarchists shopping at Fortnum&Mason which terrorized the nation (ahem) is just as much a shibboleth as the multiple images of Saddam that were presented in the lead up to the Iraq war (the playing cards) or the mysteries of the taped voice of Osama bin Laden beamed in via smuggled cassette from the caves of Afghanistan. These folds in the ideological compendium are the ones that pantomime must decode for children. Scheherazade is the ur-story here, telling fables of Ali Baba, Sinbad and Aladdin over and over, so as ultimately to disarm the power of the despot Shahryar. Scheherazade is a legendary Persian queen and the storyteller of One Thousand and One Nights. Only now such a figure is trapped, detained and deported, Scheherazade is forced to wear an orange jump suit and tell her tale to interrogators in Guantanamo. Perhaps we can imagine her contributing to The Paper as well. Undoing the imagery of death with joyous picture narrative and creative interpretation. Fearless exposure of truth to power and spectacular adventures for all.