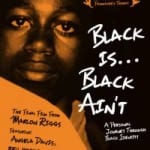 Blackness is testament to the fact that objects can and do resist / Fred Moten, In the Break: The Aesthetics of the Black Radical Tradition
After March 26th the term ‘Black bloc’ became part of the lexicon of the mainstream media. Black bloc was turned into a convenient catch-all term. It was made to stand in for non-state organised violence, actions which do not constitute protest, anarchism and even fascism. The media, in its initial reporting of direct actions beyond the TUC march, lazily conflated Black bloc tactics and the UkUncut occupation of Fortnum and Mason’s. Eventually, some news agencies made the leap of imagination required to separate the two. Yet what followed was an attempt to pressure UkUncut into a condemnation of Black bloc violence. Admirably, this was a game UkUncut refused to play.

Beyond the mainstream, the emergence of a U.K. version of Black bloc has also generated discussion amongst the activist left. On the Open Democracy site Jonathan Moses and Owen Jones debated the effectiveness of violence against corporate property. The Escalate Collective have also called for solidarity with Black bloc tactics, a gesture some in the activist left have problems with.

Stepping back from these issues, the fact that Black bloc tactics have generated this level of analysis is notable. Whether it is in the form of hysteria from a frame-locked media or an unnerved activist left, Black bloc seem to present a problem. This fixation on the ‘problem’ of Black bloc is a sign that such tactics are worth pursuing. These tactics need to be pushed further, if not to undermine the press narrative of legitimate/illegitimate protest, then to force an activist left to address the question of what it is we need to do to win. Or rather, to consider what ‘winning’ constitutes. What is it we want and how do we go about forming forceful enough counter-narratives to achieve these aims? Black bloc tactics make us address, once again, the forms of protest and resistance. What levels of disruption are needed to further disturb, scramble and oppose the entry of neo-liberal practices into everyday life? Is there a difference between sabotage and opposition? The question of how to proceed is related to the tactics Black bloc are currently using which renders them such a ‘problem’.

Black on the Block

The Black bloc tactic is a tactic of Blackness. Black bloc involves the use of Blackness as resistance. There is in this use of Blackness a transitory correlation with the Blackness of the Black radical tradition. Blackness according to Fred Moten involves ongoing “irruption”, the use of “dispossessive force”. It is a non-exclusionary “experimental achievement”, a “tradition of an advanced, transgressive publicity”. The account Moten puts forward is of Blackness as a set of effects and practices. These have been applied to and put to use by people historically referred to as Black, and have thus informed the Black radical tradition. But Blackness is not the possession of people who we have come to know as Black. Instead Blackness induces a form of oppressive regulation which can be used against any group. Thus it becomes a form of criminality, illegality and deregulated action which can equally be put to use as an insurgent tactic.

What also emerged in some of the reporting of March 26th was the Black bloc use of de-cloaking. Black bloc cells were able to uncover. Blackness could be removed. The criminal visuality of Blackness could be taken off. The appearance of innocence was redrawn. The ability to de-cloak meant moving from an acute visibility to a relative invisibility. The former, because of its Blackness, offers collective anonymity. It draws the police but allows the bloc to act. The latter is an alternate anonymity. It is the anonymity of the citizen. Uncovered. Not a threat. Able to ‘pass’ incognito through police lines.

So what we have with Black bloc as a tactic is varying forms of visibility, anonymity, collectivity, deinviduation and de-cloaking. Each strategy seems to pivot on the use of Blackness. Blackness seems to be the means of organising and implementing Black bloc as resistance. Where else can these practices go? What can be done to develop Black bloc tactics? What is needed to push on to the next level, to start to puncture some holes in capitalist realism? Certainly the formations seen in central London can be multiplied. More Black blocs and in larger numbers. This will inevitably draw in greater displays of state force, setting up a colonial war in the metropolis.

Such tactics though are not enough. As Moses discussed in his Open Democracy piece, one of the aims of the Black bloc tactic is disrupt the excesses of capitalism in everyday life, to recapture the stolen everyday. This stolenness, the condition of stolen life by and for capitalism, is nothing new to people historically referred to as Black. The oppression, exclusion and violence of Blackness made Black radicalism a necessity. The Black radical tradition was about redrawing the lines of subjection and transforming them into modes of action. But the forms that Black resistance took were often deemed incomprehensible. Even from within normative understandings of revolutionary social change. This was Black radicalism’s strength.

Blackness has been part of the everyday in our cities for some time. There are those who live under its conditions and have been pathologised as a result. It is just that we have been deceived into thinking the conditions of political Blackness are no longer relevant: ‘That battle has been fought, it’s over and done with.’ It has taken a while, but for some of us the violence of capital is now moving into our everyday. There is an urgent need to act. Fight back needs to transform more readily from chant to action. To defend ourselves we need to put Blackness to further use as a series of incomprehensible strategies. Black bloc may have set out the conditions of future action.
For such disruption to continue an intensification is required, an acceleration of Black bloc tactics, but not limited to the forms we have seen recently. Instead Black bloc needs to put de-cloaking to further use. Alongside the visibility/anonymity of Blackness, a concentrated Black invisibility is required. An evasion which is still recognisable as a Black bloc tactic, one that still carries the insurgent marks of Blackness. It is not clear at the moment what this would entail, that needs to be worked out. But it needs to continue to feel irruptive, transgressive and criminal: all the things which Black bloc tactics have put into practice. A proposal: we have a series of major corporations operating in a concentrated area of our city. They are the ones who have stolen our everyday life and are attempting to annex it for themselves. They rely on local infrastructures provided by the state, communications networks and transport systems. It is here where an invisible, concentrated and co-ordinated Black bloc fight back can begin..