What is politics made of? Jodi Dean takes a look at technological determinism, affect and communicative capitalism.
Networked cultures and social media are embedded in communicative capitalism, a form of capitalism where communication itself is a productive force. Our words and energies, our opinions and critiques, provide media content, commodified spectacle. The few profit from the words, ideas, and expressions of feeling of the many. To grapple with how contemporary politics is reconfigured, to update radical politics so that it can transform this setting, we must jettison the critical vocabulary of the late sixties and understand how we are political now.

First, technological rationality is not the problem. Our technologies are not a set of command and control protocols that insert us into a large, uniform structure, assign us numbers, and direct us to our proper place. Contemporary communication technologies are configured by users, consumers, capitalists, programmers and states, as well as by trial and error. They are products of contingencies—old decisions and new. Twitter did not result from rational planning, it makes little sense to repeat critiques of planning and centralisation today. Think of any code written by Microsoft; it is sloppy and filled with errors. Think of Apple’s constant changes and upgrades. The world of communicative capitalism is technologically turbulent, with multiple platforms, applications and codes flowing into and out of each other in unpredictable ways.

Second, what entraps us in our current setting is not a set of constraints that go under the name of reason: our networks are affective. Wanting friends and driven to express our creativity and individuality, we embrace social media. The sharing of thoughts and feelings—the more intense the better—ties us into mediated practices of expression. As Franco ‘Bifo’ Berardi describes it, the pathologies of the present are not those of repression but of ‘hyper-expression’. This does not mean there is no repression, it is part of a general description of our present setting in communicative capitalism. What is at stake is the repression of alternative political possibilities. As a general phenomenon, repression operates at a level different from that of the repression of specific social sectors; it operates in advance to prevent the emergence of alternatives, to block new possibilities from our imaginations before they even arrive. Stuck in the micro, imagination has a hard time moving to the macro, to communicative capitalism’s basic system and structure.

Third, we are not alienated. More precisely, alienation is not a primary attribute of communicative capitalism even as specific conditions of alienation persist for some workers in some sectors. Instead, we are enjoined to communicate, share our feelings. Network culture is participationist. The system depends on our participatory, expressive acts—so long as they keep their place in the media networks. We are supposed to cultivate respect for multiple opinions, open-mindedness, sensitivity to difference, as if our environment were responsive to our needs and concerns. We are supposed to talk, even when this very talking has lost political efficacy and displaces attention from actual sites of extreme brutality and precarity. All around us people are engaged, expressive, and creative.

Fourth, and most important: we are not post-political. Even before the protests of November and December 2010 and the heady days of revolution in Tunisia and Egypt, we were active, politicised. The despotic financialism of neoliberal capitalism and the aggressive militarism of the so-called war on terror are blatant political attacks on people and ways of life. Their seizure of our goods and lives, our futures, uses state power as an instrument of class domination. Many of us have been vitally engaged around these and other struggles. What, then, are positive corollaries to these rather negatively formulated ideas? How do these indications of the distance between our setting in communicative capitalism and the mass culture of the last sixties show up in network cultures?

First, our networks are affective. We circulate our feelings and hopes, our anger and rage. We connect our impulses to criticise, reject, resist. Circulating intensities amplify one another and combine into ever more present and undeniable forces. 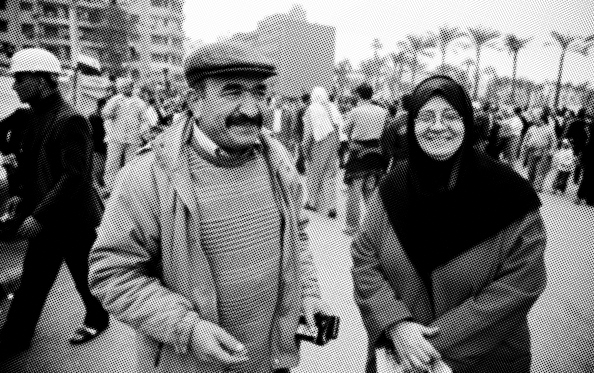 Second, our connections are communicative. For many of us, our physical locations do not provide our primary political connections. We might be unemployed, temp workers or students. We might work in sectors with high degrees of turnover. Many of our connections do not stem from our workplaces or even from our neighborhoods. They traverse multiple domains. Sometimes this traversal can amplify concerns, enhancing their capacity to register with more and more people. Other times this traversal is a popularizing that takes the edge off. Our connections feel flatter, more like matters of taste than political conviction.

Third, we are active and engaged. The political problem is not that our voices are missing—we are talking and expressing most of the time. Many of us are pretty well informed about crucial issues. We are connected with networks of people who care and who are doing things—making posters, writing blogs, emailing various figures and officials.

Fourth, communicative capitalism arises out of antagonism. Whether one uses the Marxist term, class conflict, or emphasizes multiple contemporary antagonisms, the dynamic interactions circulating in our contemporary setting stem from fundamental division. Each political engagement derives its intensity from this division. We know there are substantial inequalities, patterns of systemic exploitation, oppression, and violence.

These four components provide the conditions of possibility for revolutionary change. So where’s the change? Why, in the US, UK, and much of the EU, does radical change seem impossible to grasp? Because the first three components—affective networks, communicative connections, and active engagement—are the ideological dimensions of communicative capitalism that fragment, disperse, and redirect the fourth.
This fragmentation, dispersion, and redirection manifests itself in multiple ways. One way is through the decline of symbolic efficiency. As Slavoj Zizek explains, this decline points to how symbols do not travel, even though our interconnected media provides an infrastructure that lets them intersect and converge. What means one thing to me means something else to someone else. I see a photograph of police brutality. Someone else sees the reestablishment of law and order. I associate Lenin with emancipatory change. Someone else links him to totalitarian oppression. The overall effect is that the communication practices that connect us also provide barriers to the organisation of an opposition with duration. Participation, the sharing of multiple insights and opinions, of critically responding, redirects radical energies into circuits of communication instead of onto the streets. The solution is not to stop writing and reading (although we might be better off if we tried to get to the point rather than consider every option and alternative no matter how unlikely). The solution is to supplement communicative networks with dedicated and organised people on the streets. We can reach almost everyone. The challenge lies in how we organise ourselves after we’ve been reached.

Strong organizations do not emerge organically and spontaneously. Planning matters. Knowing that people will be there when you need them, that someone has your back, is crucial for an opposition that builds something new. Fortunately, the aura of participatory media is wearing off and the energy of organised action is increasing. The challenge is making sure that this energy is focused on antagonism and not redirected back into the circuits of communicative capitalism.