You are here: Home / 2 Ed Zero / The Shoplifter’s Conundrum: Musings on a (non) scandal 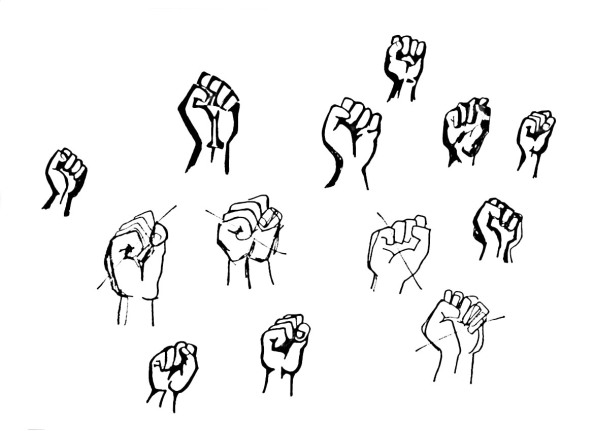 If we accept this idea, that the revolutionary enterprise of a man or of a people originates in their poetic genius…we must reject nothing of what makes poetic exhalation possible. If certain details of this work seem immoral to you, it is because the work as a whole denies your morality… Jean Genet, Soledad Brother: the prison letters of George Jackson

If you take a look at the Letters section of this edition of The Paper, you will find the following polite inquiry: “is it not irresponsible to give thousands of cash-strapped students a detailed step-by-step guide to shoplifting in a newspaper part-funded by the university and presumably ultimately the taxpayer?” This ‘simple question,’ in the words of the author, is not an isolated case in the feedback we received in the weeks following Edition Minus One. From the Evening Standard’s desperate stalker attempts to get a quote, to spontaneous reactions of readers picking up The Paper for the first time, much of the reaction and attention largely remained on the DIY guide: The Art of Shoplifting. Even among our editorial collective, there was more internal debate as to the place this article should take in the final layout than for any other article.

Yet The Paper Edition Minus One was full of potential for controversy and re-envisioning. The repressed rose out of the kettle in an ominous cloud of rage. Cops were denied access to the plane of labour solidarity. We were encouraged to abandon the kind of hope that made us stand our grounds and to conquer new territories instead. The riot act was read. Why, then, was it the DIY guide that was considered so shocking above all the other radical content of the newspaper? I tend to take a hint from the infamous quote ‘when a feminist is accused of exaggerating, she’s on the right track’ and believe that whatever makes people uncomfortable, defensive, or even scared, is a proof of its effectiveness; it points to a space of vulnerability, the promise of potential disruption.

A Guide to Shoplifting

Thus I ask: why would a DIY guide to shoplifting be more effective in creating that uneasy feeling? Why did it feel more threatening? One explanation might lie in the form. More academic/analytical articles might seem more innocuous because of their theoretical frame, but a hands-on guide implies concrete action. The Paper also published How to Make a Collective Newspaper, though. Yet the Evening Standard did not dispatch a photographer and journalist to question us about “rethinking the structures of collaborative production”.

The question might be naïve, it might seem obvious. Shoplifting is illegal. Collectively produced newspapers printed on A3 sheets by a Risograph are not (even if they more or less directly encourage other illegal behaviours). That’s our first hint, but let’s go further. Are the sacrosanctity of property, the notion of a commodity, the untouchability of profit more deeply engrained in our collective unconscious than other forms of illegal behaviours? If so, what strategic insights does this give us about what we have left to deconstruct in ourselves and about which new targets to attack in our struggles?

Just when we thought the Evening Standard had surely given up, on 22 February the Daily Mail published an outraged article: “University Students publish guide to STEALING without being caught.” The scandalous uncovering of our “celebration of criminality” then swooshed into the media cycle and got relayed from Metro to the Daily Star in such a display of copy-paste journalistic looting that one might wonder where the authors’ respect for [intellectual] property had suddenly gone. The online comments to these articles, though, revealed an angle that hadn’t previously occurred to me: people thought the article was a joke! One forgiving comment said: “Students are taking the mick. Having a lark. Messing about. It’s a joke. It’s probably a jibe that, when the tuition fees rise, they won’t be able to afford to buy anything.” Hilarious indeed. Which is the most worrisome? That the possibility of students shoplifting be found utterly scandalous? Or that it would be disregarded as too surrealistically unimaginable to be believed? The second scares me most. Now I’m finding myself hoping for more outrage! Where’s our vandalism DIY? Our drug-smuggling guide? We will keep them coming, and you better believe it.

This questioning takes us to new wicked territories, pushing forward the frontiers of our political imaginations towards a politics of dangerousness. More boundaries have to be broken, the false sense of security manufactured by the ‘end-of-history’ lullaby of neo-liberalism has to be dismantled. Let’s make the world a dangerous place—dangerous not just for those for whom it has never ceased to be dangerous, but for those who have been spared until now. A critical step will be to turn the escalation in the practices of intimidation towards the student and other resistive movements against their perpetrators: the fear-mongering apparatuses of the kettle, the hunting-down and arrests of student protesters, the riot horses. To subvert and retaliate. But the equally policed lines of collective imaginaries also have to be broken down -cultural shock and awe -so that from this newfound sense of insecurity might rise unsuspected fires in the most unlikely places.