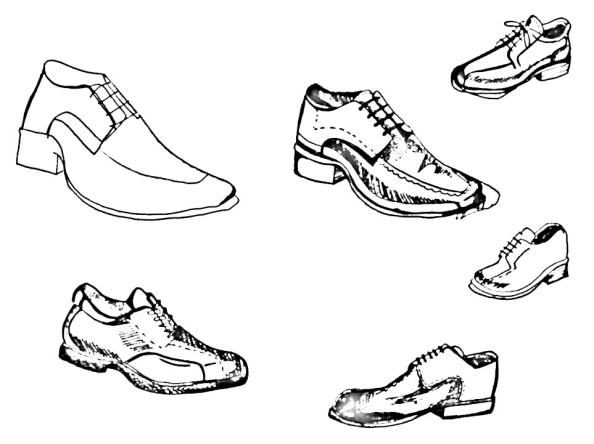 The Paper’s mailbox was full this month with letters, comments and questions from friends and foe. So don’t be shy and keep ‘em coming.

I freelance for the Evening Standard. Simple question – is it not irresponsible to give thousands of cash-strapped students a detailed step-by-step guide to shoplifting in a newspaper part-funded by the university and presumably ultimately the taxpayer? / Tim Stewart

Read shoplifting article on the train, and of course it seems utterly harmless to me, not even particularly enlightening. The real issue is how to get the tags with electronic codes off the garments so that one can pass the detectors on the way out of bigger shops (which it seemed to be describing), and I feel sure that system was already in place well before 1995. Odd. / Maria Collins – Sweden

Great paper. I agree with the correspondent who suggested that other news be included. For example, Tunisia. I think it should not be assumed that universally, today, a piece of paper is more lasting than what happens on the web. There has been a bit of a mind-set change. I also think that deliberate non-hierarchical behavior — supposedly much practiced in the United States — ignores the fact that people are different and a “vanguard”, people who actually are workhorses, invariably appears. I myself have found the work of supplementing vanguardism more useful than denying the emergence of a something that one need not call a vanguard, but that surely is one. My own feeling is that the classroom should be used as an instrument rather than be written off. Educational institutions are also places of change. As for evaluations, I am 100% opposed to them, on the other hand it is a genuine double-bind, when students actually look for placement, they inevitably compete. How to get around this? I very much appreciate “Anyone’s” contribution where a distinction is made between working in anonymity, trying to build a real collective, and star activists showcasing themselves. I think the point can also be made about taking fundraising as an end in itself and as activism. My congratulations to this effort and I hope it continues. / Gayatri Chakravorty Spivak

“Bliss was it in that dawn to be alive, But to be young was very heaven!–Oh! times, In which the meagre, stale, forbidding ways Of custom, law, and statute, took at once The attraction of a country in romance! When Reason seemed the most to assert her rights, When most intent on making of herself A prime Enchantress–to assist the work, Which then was going forward in her name!”

Well, without any attempt to come off as too pompous, I found these words fitting to describe the excitement with which I read the first issue of The Paper (which, btw, fittingly enough, I received a copy of on last Saturday’s demo)! Hats off to the whole crew for having put together a twelve page paper smacked with articles that are both witty and thought provoking: a truly exemplary piece of a revolutionary newspaper! So congrats again and best of luck in the future! / Adam Fabry – Brunel University

Read your first issue. Loved it. Cut above the rhetoric. Keep it coming. / Boo

I think that Issue Minus 1 is great. My own reservation would be this: I was disturbed that one or two of the authors seemed to take it as axiomatic that representative democracy was dead or pointless. This assumption is worse than naïve – it is false, and it is tantamount to a sign of psychological appeasement. In saying that it is false, I mean to reference for example the arrival of the Green Party at last in Parliament – is this really to be taken as making no difference? Are we really saying that the movement now underway doesn’t care whether Greens or Tories and New Labourites are elected? In speaking of psychological appeasement, I mean to reference the way in which giving up altogether on representative democracy risks being a kind of blind-alley of purism, and a giving up of hope. It takes strength to continue to hope, despite its terrible current state, that democracy in this country can be revived and enriched, even via Parliament. I hope that the Paper will encourage such strength. / Dr. Rupert Read, Reader in Philosophy – University of East Anglia

I just came back from Syntagma Square. The sight of it tonight was surely not what most of us would have hoped for: even if during the day (for the first time ever) protesters attempted to hold on the square, riot police would clear off wave after wave after wave of protesters. I went home, I got some rest, I went back. There they were, tiny groups of people still massing up, trying to walk up the stairs leading to the courtyard outside parliament: “thieves, thieves”. People who had never met each other before. People who saw this as a game, almost. I see around twenty of them gather around a fountain. They decide they should poke some fun at the police standing opposite them all serious, ever-watching. They pretend they are going to bypass their row and head for a left exit from the square. Within minutes, I count five police cars spinning to the scene: “Everyone to the Police HQ, everyone is being detained” Is this surprising, extreme? With the events unfolding over here in the past few days and weeks – not really. Why are people not allowed to congregate at Syntagma anymore? The explanation is easy enough: they understand that it only takes a tiny bit for enough people to be empowered and to create a snowstorm in return. Our struggle must now be precisely about trying to occupy and keep public space, to become fully visible. There were a few thousand of us this morning at Syntagma who seemed to have realised that. There were another twenty or so who realised it, the hard way, tonight. As we grow in numbers, as we become more and more visible, we start building confidence that just about anything is possible. Today was a good start.
/ Anonymous / A letter from Syntagma Square, Athens