You are here: Home / 2 Ed Zero / A Retreat to Be Sure, But a Retreat to the Only Possible Victory 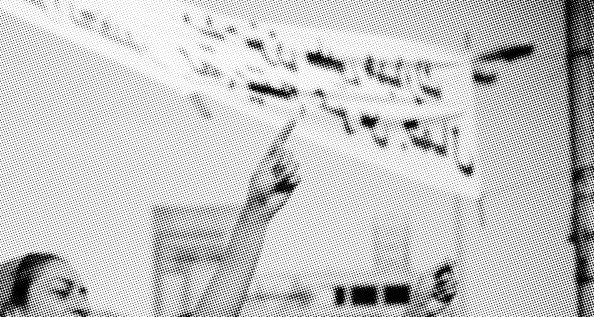 What were the features of those heady days back in November and December when it seemed that 16 year olds were making the government shake and a new movement was in the pangs of birth? What excited us so as missiles were hurled and cavalry charged? For now we find ourselves on the other side of the holidays heading towards yet another break and having attended a demonstration that insisted on the existence of a ‘movement’. But our movement’s immediate aim of defending education is fast retreat from view.

It is necessary at this point to take stock once again of where we are, how we got here and where it is we can and should go. This is no simple reminiscence nor is it idle speculation. It derives from a concern, shared by many, that the changes that are taking place in our society and our world may be beyond us in reach and scope; rendering a situation characterised by a deficit of democracy even more immune to the most basic of democratic demands.

The change in mood between the demonstrations of October and November last year was characterised by a change in the form and magnitude of the protests. The placid (citizen expressing a democratic right/let’s march from A to B) attitude crumbled in the face of genuine rage and enthusiasm. The petty numbers of the police mixed with the surging mass of protesters overcame the reservation and timidity that such protests usually display. In the face of what seemed to be a last chance, joy exploded as people danced in the wreckage of Millbank.
Subsequent weeks saw kettling, police horses charging and mobile groupuscules roaming the streets of the West End as the police tried in vain to contain these dancing figures of revolt. The brutality of the police and the ideologically driven nature of the government became savagely clear. To this mix was added the collapse of the legitimacy of the NUS leadership (if indeed any legitimacy could be ascribed to them at all) and an explosion of university occupations in which protest mingled with new and imaginative educational practices.

The emergence of the London Assembly further isolated the NUS from the grassroots revolt that was everywhere appearing. Nevertheless, it became apparent around and after the vote on 10 December that no clear strategy for the movement had emerged, with even the apparent suspension of sectarian activity by the radical left having done little to aid the situation. Indeed the general consensus now appears to be that the student movement ‘look forward to’ and ‘build’ the Trade Union Congress (TUC) demonstration planned for 26 March 2011.

This position is problematic, however, in the flagging enthusiasm and relevance for anything to do with central London. It is precisely there that the government and their police have shown themselves to be strongest. The former through their total control over parliament and the latter though numbers, violence, and kettling. The education reforms have been passed and any belief in the accountability of the government has been broken. All that remains is for the universities, local councils, colleges, hospitals, schools, libraries and childcare centres to implement these loathed cuts.

Retreat to the Only Possible Victory

It is precisely for these reasons that we should be looking at where we are, where we are strongest and where the government is weakest. For students, it is clear that this place is amongst ourselves. In our halls, in our classes, on our campuses and in our communities. Let them try to kettle the university and we will live there. Let them try and close our classrooms and we will build barricades. Let them try to divide us from our neighbours and friends and we will teach them the meaning of solidarity. It is now that we must stop the implementation of the cuts and in doing so we need to stand in the way of precisely those people who are implementing the cuts. This is the task that faces us now. The streets of London may not yet be ours, but we are not alone and it is our collectivity which is ours. Only from here can we defeat this government’s assault on our lives and communities. This marks a retreat to be sure, but a retreat to the only possible victory.