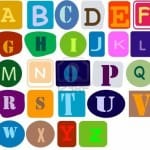 Letters: Your letters to the newspaper Letters and news from down the road and across the water made its way to us this month. – I don’t know who this Dave Riddle character thinks he is, but he seems blissfully unaware of his reproduction of neo-liberal ideology in his naive defense of post-Keynesian ‘workfare’ social […]

A widespread movement against austerity in Greece is alarming governments and making markets tremble. The tactic that’s so threatening to the IMF, the EU and the Greek government? A simple refusal to pay. Since the IMF-EU austerity plan was launched last May, average Greek salaries have shrunk by 20 per cent and unemployment has soared […]