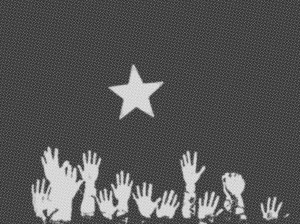 With many in our movements currently facing criminal trials and long custodial sentences, the role that the courts, legal system and prisons play is made clearer by the day, as is the need for solidarity with those inside.

If you’ve been wondering what happened to the student movement of last Spring, the answer is that the State is processing it. Some 180 protesters, most of them under 25, have been moving in and out of courtrooms for the last 6 to 12 months. Some of them are already jailed, tagged, serving community sentences, on cautions and bind-overs, or released. At the time of writing, we know of 7 people in prison. Expect this number to rise sharply in the coming months. The movement hasn’t disappeared, it’s just been made more invisible. Large scale prosecution of legitimate protesters is not just a clever strategy for keeping movements busy with legalities or for producing fear – it’s also part and parcel of the production of an underclass (‘feral’) forced to do the shitty work. Inmates, ex-inmates, those with criminal records: processed to serve at the lowest and dodgiest echelons of capitalism.

Political prisons made in the UK

It is well known that prisons don’t ‘correct’ people, that most inmates come out more rather than less likely to commit crime. Prisons seem outdated, costly and stupid, but like most things, they don’t exist by mistake. Prisons are places for the reproduction of power. Power relations are effective and sustainable only when they imply some sort of productivity: when they make bodies productive. Prisons are not just about punishing, removing or prohibiting. Although invisibly, they’re productive. Just as the supposedly non-productive ‘home’ (versus the productive world of ‘work’) and the shadowy economies of informal labour are key areas of capitalist production, so is the judiciary-backstage. The prison is just another back room of capitalism: domesticating some to do the most underpaid and informal work.

It is vital for those in power to have access to a criminalised class of people whose lives are so devalued that they can be used as traffickers, bodyguards and bouncers, army fighters, dealers, prostitutes, etc. The prison is economically efficient, and not just a little: like unpaid care and illegalised work, it quietly sustains the whole economy. It is yet another reproductive mechanism of capital: the production of a fear of criminality is key for legitimising a system of security and control. It is vital for capitalist ‘democracy’ that there be special kinds of statuses (criminal records as much as citizenship and visas) and incubators (prisons, uncared-for neighbourhoods, etc.) to make and mark the people who will be the most exploitable.

And it is preferable that this status be assigned to those who are political enemies of a regime: thus the student movement goes to prison, or at least to court. As do those who riot. Because they proceed around axes of class and race, we can say that most imprisonments are political – and economic/al. These days, we see young people in particular going to prison. Youth are dangerous when they ask for rights: they’ll want pensions, homes, stable jobs. All those things which the neoliberals are working so hard to get rid of. Better to produce an extra-class of delinquent slave labourers for the formal and informal capitalist economies.

I’ve been doing court monitoring for the Legal Defence Monitoring Group (LDMG) recently. Sitting in Kingston Crown Court and witnessing rituals of accusation and conviction, framed by incomprehensible legal jargon. Giving advice, showing support and solidarity. LDMG and Green and Black Cross are organisations that assist people stuck in the judicial and prison systems. They help with legal advice, support and documentation in the courts, keeping records of cases and linking defendants up with each other and with solicitors who know why it is important to fight the prison factory. If you want to learn about state violence and the way the law is arbitrarily used to enforce norms these days, do go along and volunteer as a monitor, you are needed. It is curious labour, following up on the cases of all those people, making sure they get the right information and attention.

UK jails are stretched to their limits[1]. Since the 1950s, there has been a fivefold increase in the country’s prison population, and it is projected to keep rising. Across ‘democratic’ countries, there have never been as many people in prisons as there are today (with the US leading the way in incarceration rates[2]). There is nothing better than a well-produced underclass in times of a crisis of capitalist and democratic reproduction. With all the money sucked up by the one percent, and with neoliberal governments trashing all mechanisms of redistribution, who will do all the informal, illegalised and hyperprecarious work which sustains our collapsing economies? Women and subaltern people can’t do it all. More and more jobs require a special education, a special brutalisation and precarisation: welcome to court, to prison! Police are trained to spot and hand-pick those who don’t fit the norm. The lucky ones are then manufactured into criminals, forced to take on the growing amounts of underpaid and unpaid labour in our economies (whether as ‘volunteers’, serving community sentences or just doing shitty work).

All these back rooms are vitally important sites of struggle. The reproductive sphere is often hidden in our movements, just as it is in capitalist labour. As much as a sustainable economic-productive model needs to take into account and valorise those spheres, so does our militancy. Movements need to be held together as they proceed and transform. It is in the invisibilised spaces that our worlds get reproduced – that is, carefully sustained, but also systematically and violently domesticated. Perhaps the camp-occupation at St Paul’s is one space where such attention may be practised in the open. Because there will never be anything better, more efficient or productive than caring, passionate struggle.

If you would like to do court monitoring please email: courtsupport AT riseup.net