You are here: Home / 5 Ed Three / Interview with Haneen Maikey 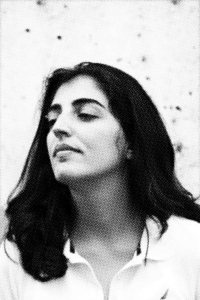 The Paper spoke with Haneen Maikey, Director of Al-Qaws for Sexual & Gender Diversity in Palestinian Society, a Palestinian grassroots queer political organisation working throughout Israel and the occupied Palestinian territories. At a time when Israeli, U.S., and E.U. mainstream media groups publish stories about the presence of homosexuals in order to indicate economic growth, the process of strategizing how to mobilise queer politics outside the “homonationalism” sphere poses a daunting challenge. How do queer Palestinians, themselves under the perpetual threat of colonial oppression and violence, organise themselves and navigate a route by which they can engage with tactics of grouping and visibility, but in way that is necessarily distinct from traditional “gay-rights” approaches? Maikey, a Palestinian citizen of Jerusalem, discussed some of the ways these challenges are played out in the daily operations of Al-Qaws.

The Paper: An interview with Haneen Maikey

Tell us about Al-Qaws.
Haneen Maikey: Well, it’s a ten-year story, so I will keep it short. Al-Qaws (which in Arabic means “rainbow”: very lame and not creative) started in late 2001 as part of Jerusalem Open House, an Israeli LGBT Jerusalem-based community centre. It was an apolitical organisation, an apolitical space, and actually an apolitical start for Al-Qaws.

In 2007, after seven years of experiencing being in a Jewish-Israeli space we came to understand that we needed a separate space to express all our complex identities and registered Al-Qaws as an independent entity. We didn’t want to create a “pink bubble”, though of course it feels convenient sometimes to exist under these bubbles in order to grow and to build teamwork, solidarity, friendship or love.
Al-Qaws is the largest queer group in Palestine today. We provide peer support to individuals, we have a hotline operated by 20 volunteers who answer the phones, and a large community-building effort in four areas: the West Bank, East Jerusalem, Haifa and Jaffa. We see Al-Qaws as a national organisation that crosses borders. We understand the differences between these spaces and have a sort of “politics of location approach”.

There is currently a sexual movement happening in Palestinian society and around the Arab world. Our discourse is shifting away from narrow LGBT ‘gay rights’ and identity politics approaches, to more of a sexual rights approach. We are critical of the “rights” approach, but use it as a framework so people such as women, allies and bisexuals can be included and involved in challenging the different taboos in sexuality. We cannot discuss homosexuality and queer politics without challenging sexuality. This is why we think queer politics rather than queer identity could be the right framework.

Can you talk a little about how you feel queerness connects to protest?

Haneen Maikey : It comes down to visibility. We have a space in the mainstream media on Qadita.net, one of the most poplar cultural and political web-spaces. Last year we published around 100 articles about our activism, our ideology, how we perceive sexuality. We aim to stretch the Arabic language to include behaviours and expressions that are supposedly not in the mainstream.

We are also, more importantly, very visible from our political platform. I co-founded Al-Qaws to promote BDS [campaign for Boycotts, Divestment and Sanctions against Israel] to more Palestinian queers and to be visible in every campaign related to Palestinian struggle, both nationally and internationally, physically and virtually. We are everywhere. We are challenging the current image of what “Palestinian gay” means – images of “victimhood” or “the exotic” – challengingthis binary and bringing in more of the activist spirit.

Tell me a little bit more about when you said that the Western notions of LGBT doesn’t provide a good narrative for Palestinian groups.

Haneen Maikey : It’s a big topic and I’m still exploring what that means. I don’t want to assume that West means a universal, and I know there are so many different experiences, especially in the U.S. I’m talking in terms of hegemonic Western concepts that are biased towards privilege. I’m not looking for privileges; I’m resisting privileges all the time. Take the term “homophobia”. Of course my Mum is homophobic, and I myself was homophobic once. The majority of my community is homophobic, and if not then they’re transphobic. [But] we’re using the same binaries, reinforcing the same thing, defining who’s progressive and who’s backward, and not breaking the cycle or addressing the root of the problem. So I don’t think homophobia is my struggle, my struggle is more challenging heteronormativity, patriarchy, gender roles, and linking gender and sexuality and exploring them together all the time.

There are complexities of openness and privacy within communities that need to be worked with without forcing people to come out. 10% of the people I know live alone. People live with their families. It’s not that people are locked in this family prison, they really love that culture and mentality and really feel a part of their family. Now there are more young people who are living alone, people will be more ready to consider their sexuality – and its not just about homosexuals, but also women who have sex before marriage, or people having a more open lifestyle and sexuality. Let’s challenge sexuality and not just homosexuality. But I do think that the queer voice is really important. Because you cannot discuss sexuality without discussing us. So, I am happy that we are leading this. There’s something strong about us leading it.