The Art of Correspondence: Letter Writing 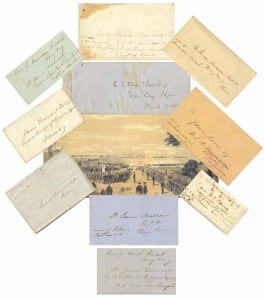 After a short break, The Paper’s mailbox was full with letters from comrades and fellow travellers both near and far about what they got up to over the summer.

You have asked us to tell you what’s been happening in Spain since 15 May. Well, we’ll try, but it’s impossible to give you an exhaustive account. Events have followed one another at unprecedented speed.

Everything started by taking the squares: repeating this Egyptian gesture of Tahrir, of which we knew very little. There was an awakening, felt and materially inscribed in the space of the Plaza del Sol. It was the awakening of us as a collective force, all of a sudden, almost overnight. Before the squares, we already knew that the government was swindling us and that the interests of finance were valued above us.

But we felt alone, impotent. Nothing could be done. In the social networks, we could sense, we could share, we started to conspire. But it was all so ethereal. In the squares we have discovered how our bodies are many, how tangible they are. Made of flesh and bones. Together we just can! We can build a democratic city in the belly of the corrupted one. What was happening was so magic, so full of possibilities that almost immediately we sensed that we had to give everything in order to keep it.

First of all, we broke with dichotomies. The square is taken, but it is not closed. It is open to everybody, transformed from a privatised space into one that is really public. The square itself is woven through the entering and exiting of bodies, people, each of them bringing their knowledge, their time, their energies. It became the most intense space of social cooperation in the city. Inclusiveness became a key word. It was about making a space where everybody could find her own place. The politics of the taken square were not about beating your enemy, or winning arguments about ideas, but opening oneself up to thinking together with the other. Learning to hear what each singular contribution can offer and also learning to renounce yourself a little.

In the first few weeks a sort of zen patience emerged in decision making. Collective decisions were not the result of a battle for majorities led by the groups with predefined ideas, but a delicate and rolling process of consent, able to bring together the collective wills and also to include each singular voice. This process was led by the certainty that this was the only way for us to continue being both so many and so different. It is only by being so many and so different that we can keep on holding this event, to keep opening and exploring the possibilities that we are inventing.

Another crucial cry is “They do not represent us!” This movement was born from the radical crisis of representation. Parties, unions, associations, NGOs, are considered “chiringuitos”, representing nothing else but their own interests. One or another “friend” (what better word for this participation produced by contagious relationships?) of the movement can be close to a union or a group. The participation of groups is recognized as part of the movement, but only if they are contributing and not patronizing. And their presence is always the subject of scrutiny.
/Cuji and Fatimatta

Just finished my induction lectures on a) a school in Tower Hamlets b) the Olympics, and was pleasantly surprised at the interruption of politics. Basically, during the question and answers, criticisms (from both the students and lecturers) were made of a) cutting EMA b) tuition fees c) Teach First d) academies e) Olympic legacy f) gentrification of East London, etc. Most importantly, criticism and dissatisfaction of the Tories (what they are doing with education) kept rearing their heads despite the IOE Director of Studies (or something) looking uncomfortable. To be honest, it has been the most political formal lectures I have been to (even if accidentally). Obviously the bar is quite low though! I mean, it wasn’t the Communist Manifesto or anything, but I was very surprised because when I looked at the timetable I thought it was going to be be a complete load of bollocks. In the cracks there was some interesting shit and this bunch of student teachers hate the Tories.

I am pleading NOT GUILTY.

It is paramount that we view the mass charging of protesters with violent disorder in its political context. I personally was terrified, going between depression, anxiety and guilt, fearing for my future and my freedom. But learning about the law and seeing the heart-warming hard work and offers of solidarity by fellow protesters and support groups like Green & Black Cross and Legal Defence Monitoring Group has made all the difference.

We are part of a movement that poses a serious threat to the status quo and we are therefore feeling the full force of the state, like countless social movements before us. In that sense it is nothing to be ashamed of, but neither something to be fetishised or proud of. We don’t need martyrs. Getting arrested is no joke guys, especially for violent disorder.

But it could have been any of us. It is incredibly important that as a movement we show unconditional solidarity with all those arrested on the recent demos, build and maintain the networks that can nurture and support student and anti-cuts prisoners. We cannot and should not be afraid. Especially when defending yourself or your ideals.
/ Defendant / charged on 26 March, 2011.

To all those in the United States currently occupying parks, squares and other spaces, your comrades in Cairo are watching you in solidarity. Having received so much advice from you about transitioning to democracy, we thought it’s our turn to pass on some advice….It is not our desire to participate in violence, but it is even less our desire to lose. If we do not resist, actively, when they come to take what we have won back, then we will surely lose. Do not confuse the tactics that we used when we shouted “peaceful” with fetishising nonviolence; if the state had given up immediately we would have been overjoyed, but as they sought to abuse us, beat us, kill us, we knew that there was no other option than to fight back. Had we laid down and allowed ourselves to be arrested, tortured, and martyred to “make a point”, we would be no less bloodied, beaten and dead. Be prepared to defend these things you have occupied, that you are building, because, after everything else has been taken from us, these reclaimed spaces are so very precious.

…By way of concluding, then, our only real advice to you is to continue, keep going and do not stop. Occupy more, find each other, build larger and larger networks and keep discovering new ways to experiment with social life, consensus, and democracy. Discover new ways to use these spaces, discover new ways to hold on to them and never give them up again. Resist fiercely when you are under attack, but otherwise take pleasure in what you are doing, let it be easy, fun even. We are all watching one another now, and from Cairo we want to say that we are in solidarity with you, and we love you all for what you are doing.
/Comrades from Cairo/ 24th of October, 2011.