You are here: Home / 4 Ed Two / The Arithmetic of Border Control 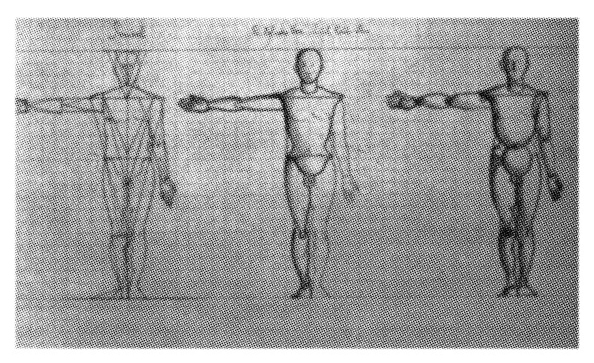 Joe Rigby weighs in on the debate over the value of different forms of immigration and argues that neo-racism prevents questioning of how immigration came to be constituted as a problem at all.

Numbers, limits and caps, or more precisely, their real, purported and/or threatened transgressions, are key operators in the construction of the so called ‘problem of immigration’. On 6 April the Coalition’s new cap on non-EU immigration came into force, complimenting the new points-based immigration system: a visa programme designed to more accurately filter-in only those immigrants which are deemed to be of value to the UK economy. Like all border technologies, this arithmetic of border control provides a powerful motor of depoliticisation, naturalising the right of some to determine the movement and value of others. But perhaps one of the most insidious features of the numbers debate is the way it gives a twist to conventional racism, making it palatable for the mainstream.

David Cameron promoted the idea of a cap on non-EU immigration long before becoming Prime Minister. Pushing the policy he has not only made use of the usual false arguments about the pressure immigration puts on housing, health and education, but has actually argued that a cap is necessary to combat the spread of anti-immigrant populism. ‘Immigration has been too high’, Cameron argued during the first of the televised election debates last year, ‘and so we must reduce it again to acceptable levels, which will be in the tens of thousands and not the hundreds of thousands, so it is no longer an issue in our politics, as it wasn’t in the past’.

Cameron’s position on the immigration cap can be best understood in terms of what Etienne Balibar, in the book Race Nation Class: Ambiguous Identities, has called neo-racism. Neo-racism does away with notions of inherent biological superiority, instead emphasising the ‘naturalness’ of cultural incompatibility. For Cameron anti- immigrant sentiment can be explained as a result of an excess of immigration, to which his cap responds, and the failures of what he calls ‘state multiculturalism’. Here racism is portrayed as a latent anthropological condition, a ‘natural’ socio-psychological response, waiting to be activated by certain sociological conditions. This naturalisation, not of racial belonging, but of racist conduct, is what justifies the prefix neo in neo-racism. The ruse of this discourse is of course that by claiming to explain (and offering the policy solutions to ward off) the root causes of racism: neo-racism presents itself as a form of anti-racism. To ward off anti-immigrant populism, the argument goes, we must organise a reasonable anti- immigration policy.

Cloaked in the apparently neutral language of numbers, these arguments soothe the otherwise traumatic passage of racist policies into the mainstream. The debate over the value of this or that form of immigration – the arithmetic of border control – tends to preclude questioning of how immigration comes to be constituted as a problem at all, by whom and for what ends, ultimately obscuring what is really at stake. The truth is that border control, which seek to calibrate flows of migration to the needs of the labour-market, are only one place where capitalist metrics of value seek to determine our lives.

Cameron’s coalition government is proposing much more than a series of cuts. By introducing more market mechanisms into the health service, social housing, and education they invite a further and deeper subsumption of society under the logic of capital. If they succeed, we can expect a proliferation of border control, modelled on national borders, which control access to the collective wealth of society. Wherever ‘the problem of immigration’ gains traction it does so at the expense of the movement against these enclosures.
joseph.rigby@gmail.com