You are here: Home / 3 Ed One / Too Much News In The World? Lets Make Some More!

We all cross swords on what we’re fighting against, but what do we want to rally for? This is an invitation to counter the ‘news’ of the now with forecasts for alternative 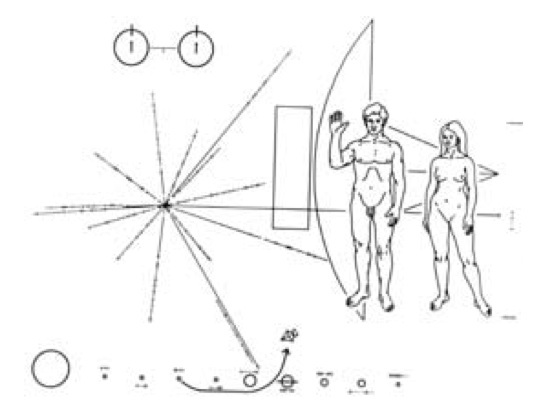 If only this rally were not just today, and not just from here to there – but all day, all month, and everywhere, all the time. Radical democracy to replace the 40-hour (let’s face it, often 60+) work week and the boredom/grim tedium of struggling to pay rent, to survive precarity, ducking and diving, constrained by rules. We could make it different. Say: step one, all senior management incomes (corporate heads, bank bonuses, tax evaders, military budgets, piggy-polly perks etc) to be redistributed as a democracy premium to allow all people to be involved in all decisions, all the time. The permanent forum of the Festival Hall as an open-access debating chamber. The budget of the Royal Household deployed for the National Health Service, and the Palaces made into hospices or welcome centres for refugees. Draft legislation on the abolition of the Trident nukes as the next order of business; thereafter, no colonial bombings abroad and free (and more!) public transport at home. Breakout meetings to propose alternatives to roads – not just cars, the entire road system to be rethought. Also, housing – communal luxury-squatting in the meantime, and a shuttle bus service to the daily demo… things like this, at the very least.

I know the idea of a permanent debating forum is a bad dream for some, but given the current bland waking nightmare of now – the continuous drip-feed of non- informative news coverage, the fake choices, spray-on TV tans, and our false participation in plastic democracyTM – well, its just not fit for use, is it?

Critical support for the organisations and all that, but a timid trade union movement that would only march from A to B has not yet learned the media politics of Millbank or Tahrir. A smashed window or a traffic jam is not news, but a rallying cry – and if there is no alternative but the tweedledum and tweedledum of parliamentary illegitimacy, such a trades union movement has set its sights too low. Indeed, it has already capitulated, when we could do so much more. I would not rush to say ‘you can’t kettle chaos’, but talk of feeder marches, breakout groups, the situ- diagrammatic imaginings, the (en)closures of Oxford Street, the counter-mappings, the myriad blocs – this bodes well as a fractal Party form.

As yet, the protest march ‘against cuts’ has not articulated a sufficient alternative – the political and social reorganisation that would end militarism and the arms sales that fuel it; that would reverse the devastation of the planet that comes with allegiance to outmoded technology, such as the combustion engine and its oil; or the dangers of the nuclear industry and opportunistic energy corporation initiatives to build on fault lines, in volcanic areas, or without due regard to renewables; undo the neo-colonial market imperative that returns food scarcity to the very regions that provide abundant foodstuffs for the bourgeois tables of Europe and the ‘developed’ west; against obscene detention and incarceration as punitive, racist population-cleansing, starting with the incredibly high proportion of Black Americans in prison in the USA, and the disproportionate working class population imprisoned in the UK, give or take a few white-collar criminals caught out in an expenses scandal or done for perjury; refusing opportunist use of ‘human rights’ as an ideological club to beat the non- West, while at the same time selling arms indiscriminately and pontificating about war as humanitarian intervention whenever a Western ‘leader’ needs a ‘legacy’ issue, pace David ‘Desert Rat’ Cameron; also: reparations for slavery, colonialism, sexism and homophobia (as democracy credits, seats in the front of the bus, agenda items of choice).

This list goes on. No expenditure on State visits, Freedom of Movement for all (restrictions on capital movement, a planned economy, a reserve fund for relief). Oppose all nationalisms, parochialisms, jingoisms… A NASA Mission to Mars, what bullshit! Instead, more engaging movies, romantic dramas about ageing communists, Regime Change on the Jedi Planet (the conservative clerics deposed) or The Bourne Conversion (to communism). For a political and popular culture that is not a festival of death. For a Life Extraordinary.
No to marching in lines.

Yes to running wild in the streets – we can sit down afterwards and work out how to do it all differently, again and again, that too can be fun. We just have to ask what is required to win a life like this, and more? What politics? What organization? What movement? More than a mere ‘like’ or ‘retweet’, or a one-day dawdle. Diagram this.