You are here: Home / 3 Ed One / The Marquis de Sade in London

I am exactly what you see – the mask proclaims – and everything you fear is behind. / Elias Canetti 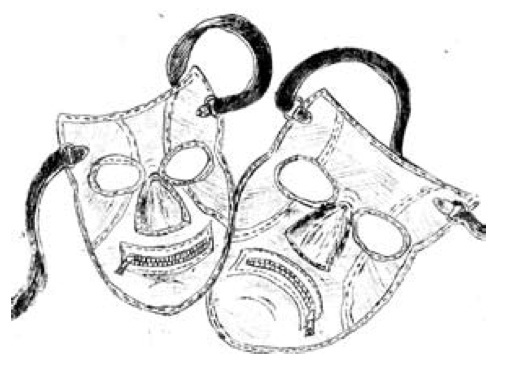 On this island, when you deal with politics, ﬁrst of all you deal with rules, absolute rules. It looks like rules were there before everything else. You either obey the State, or you need to be ready for punishment. If you don’t pay the bus ticket, sooner or later the controllers will trace you back and it will be to your cost. A fearful scenario. In other terms, the political space in Britain is an absolute space where the only choice, a double-bind, is between subjection and martyrdom.

We are facing a Sadist State that deals with radical political action by generating fear – kettling people, identifying or stalking, or threatening you by social exclusion. Sometimes even radical social movements seem to mirror these mechanisms. As if they love to be the victims of this monstrous version of the Marquis de Sade.

However, the absolute opposition between the one who obeys and the one who transgresses is a deception. It aims to condemn us to impotency. Fear then is a by-product of this deception. We are left alone in the middle between two opposites, forced to choose obedience or face exclusion. Inclusion or punishment.But rules can be changed, they are nothing else but a social convention. Rules shape reality, but life could become something else. To escape this tyrant, we should ﬁnd a way to break apart this absolute conception of Rules.

The problem is not one of fear itself, but how we face it. Fear in itself just makes us aware of risk and danger. Often its effect is paralysis – or, worse, cynicism – which is the choice of one who is conscious of risk and, because of fear, steps onto the side of Power.
Beyond cynicism, other tactics and strategies do exist. Strategies look powerful at ﬁrst sight, but they can be tricky. What is our alternative strategy to challenge the Sadist State? Can we challenge a set of absolute (and wrong) rules with an alternative fulﬁlled and consistent model? At the end of the day, wouldn’t we just ﬁnd ourselves locked in another absolute world (hopefully with the right rules!)?

The practice of Marquis de Sade in the end of the 18th Century can be seen, as Gilles Deleuze has it, as a critique of the Absolute State and the Absolute Revolution in France. The irony of Sade comes from a concrete experience of the pre-revolutionary period: he was still in prison when the revolution occurred and, during the post revolutionary Reign of Terror, he was so critical of Robbespierre that he was eventually locked up again. In this context the critique of Marquis de Sade, his irony, lies in building a revolutionary world with new rules, new institutions… but most of all with new tyrants. Where the only hope of being happy is either to be a tyrant or ﬁnd pleasure in your punishment.

Here, we might also ﬁnd a different escape route for facing our fears: we won’t subdue. We don’t want either to be the new tyrants nor the new martyrs. At stake there is another possibility: we can change the world being aware of the irony of Sade – conscious that when we invent new institutions, when we set new rules, there will be new limits to experiment, new tyrants to overthrow. At stake is the possibility of building a social force able to invent something new. A constituting power able to challenge all tyrants, and overcome everyday its own limits. It is not about conquering the Palace of the Tyrant, but about ﬁnding the thousands of ways to tear off the masks of power, to show that the Palace of Rules is just a house of cards. In the face of the self-hatred of the superego tyrant State, the irony of Sade’s rules might undo the trap.
__
Before law there are order and discipline, before a social code there is a set of values… before and around all that there is ideology.

There is a clear distinction between rules and what is beyond rules (meta-rules). The hierarchy and consequent process of determination is clear. Meta rules deﬁne the conceptual framework in which rules shape reality.

What is a meta-rule then? Democracy, order or discipline are concepts opened to an endless processes of redeﬁnition and analysis. Their meaning is hard to ﬁx. They seem to be impenetrable hence apparently not challengeable.

Liberal ideology bases its power upon the impossibility of ﬁxing the meaning of its meta rules. We follow rules, we obey laws, we adhere to social codes. But no-one is able to truly interpret or justify the meta-rules that root them. Rupture can break this convention, showing the origin of power and its emptiness. The little kid says what should be evident to everyone: the king isnaked. The little kid challenged not the rules or ideology, but the meta rules.