Letters: Your letters to the newspaper 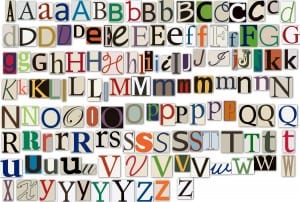 Letters and news from down the road and across the water made its way to us this month. –
I don’t know who this Dave Riddle character thinks he is, but he seems blissfully unaware of his reproduction of neo-liberal ideology in his naive defense of post-Keynesian ‘workfare’ social policy. Is this supposed to be a radical left-wing paper? Perhaps you should pass on a copy of Michel Foucault’s ‘Birth Of Biopolitics’ to Mr Riddle before allowing him to put pen to paper again. In this letters, Foucault updates the critique of capitalist ideology for the era of late capitalism, an era in which the concept (and subject) of ‘human capital’ is invented to to allow the organisers of labour efficiency (i.e. the ruling class) to extend their control into the whole of human life. In this way, the volunteer becomes the ‘self-entrepreneur’ – the worker who must work on themselves to create value for potential employers – and succumbs to late capitalist ideology (i.e. neo-liberalism) in their enthusiasm for free labour, in order to invest speculatively in the diminishing possibilities for a future career. / Ken Rodley – Goldsmiths University
–
Since the start of February 2011 the following organisations have signed up to the pledge, “We the undersigned commit to refusing to participate in compulsory work-for-benefits placements. We want volunteering to remain just that!”. Unite LE/524 Branch / Hackney City Farm /Shiny Ideas / Unite LE/785 Branch, / Staff Shop (Unite), Friends of the Earth – England, Wales and Northern Ireland / Campaign Against Arms Trade / Kilburn Boycott Workfare / Arts Against Cuts / Precarious Workers Brigade. Please contact wwww.boycottworkfare.org if your organisation or union branch will sign the pledge, or for more information on the campaign.
–

The struggle is complete. With the documents in hand and our heads up high, we return to our homes and our work vindicated, after 44 days on hunger strike. The struggle continues. The announcements for an 8-year limit and the increase of work credit as prerequisites for the issuing and renewal of residence permits must become law immediately. The struggle is the only option. The struggle against the daily exploitation and racism’s walls, the struggles for the legalisation of all migrants with no prerequisites, for equal rights between local and foreign workers, for a life with values and dignity, these are our next steps. Together with the anti-racist and migrant movement we will walk along this difficult path, the path of struggle. The struggle unites us. With the documents in hand and the head up high we salute and wish farewell to everyone who supports us. To the people in solidarity in Greece and all other countries in the world, the doctors and their colleagues, all who stood by our side in these days of the hunger strike, in all days when our lives and our deaths demanded vindication and freedom. See you at the struggles!
–
I just wanted to let The Paper know that it has taken hold across the channel. I took it into a French prison with me as part of my English tutoring and it was well received by my Algerian student who thought it was a great English teaching tool! In solidarity. / Letters from Anon – Paris