You are here: Home / 1 Ed Minus One / From Ivory Tower to Debt Factory

Almost three months after Millbank it seems clear that something significant happened on the 10th November 2010. For all involved it seems there is a before and after Millbank, it marks a break that sparked off something that we are still living. The previously quiescent university has been turned into a focal point of discontent. 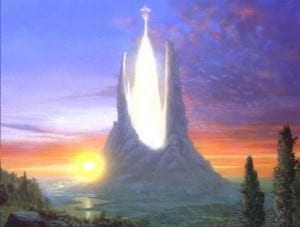 So why this sudden resurgence of activism amongst the supposedly ‘apathetic’ students? The immediate reason is of course the Con-Dem coalition government’s decision to make the greatest cuts in public spending since the 1930s. What we are paying to avoid, they say, is the bankruptcy debt of the British economy, while carefully avoiding mentioning the costs of the bank bailouts and of the wars in Iraq and Afghanistan.

Within the perverse horizon of capitalist realism and its imperative of reducing the deficit by cutting universities (‘if we don’t cut universities we will have to cut health – people will die!’) higher fees have been seen as a panacea. Higher education (HE) can expect a cut of 40% in funding (excluding research funding), down from £7.1 to £4.2bn, while further education (FE) is to be cut by 25%, 1.1bn down from 4.3bn by 2014-15. More concretely, this will mean the disappearance of between 75% and 95% of all teaching funding. In practice this will mean the total or near total withdrawal of state funding from the social sciences, the humanities and arts. The University and College Union (UCU) has warned that a third of all English universities could close.
Corporatisation of the British University

The present cuts to the British university are like a sudden acceleration (the kind that will give you whiplash) of a process that has been going on since Thatcher. The process however, can be seen as starting with the 1985 Jarratt Report, commissioned by the vice-chancellors association. This document analysed universities as enterprises along the factory-model, viewing academics as workers producing services (teaching and marking) and products (books and articles).

In economic terms this process entailed the student becoming the consumer through the gradual transferral of the cost of education from the state to students. On the level of discourse it changed the understanding of education as a public good and an individual right to a narrow understanding of education as a good to be paid for by the individual. The two main vectors of this process has been the gradual defunding of universities (dropping 36% per student from 1989 to 1997) and the introduction of student contributions in 1998 by the Blair government. Since then, the state has continued its steady withdrawal of funding. In 2004 £3000 top-up tuition fees were introduced. Overall, the UCU has calculated that the costs of studying for a degree have risen 312% since 1988, while they are set to rise another 101% by 2012.
In the future universities will have to operate as corporations to survive; under the growing competitive pressures they will have an interest in offering as poor and little training as possible for the highest possible price, and in focusing exclusively on profitable research to reduce debt. This process will force most universities to fundamentally restructure their activities (programme closures, redundancies and ‘efficiency savings’), while many will have to close altogether. Meanwhile the existing multi-tier system will be entrenched, as student fees soar and ‘bring about a much closer correlation between the reputational hierarchy of institutions and the social class of their student body’ (S.Collini).

The gap between tuition fees for home and non-EU students (now paying around £10,000) is likely to narrow. As home student demand for HE falls as costs rise, more foreign students will have to be recruited. They will be evermore needed to bankroll the system, while the government is likely to push on trying to reduce migration. Effectively thousands will be caught in the double squeeze of Britain’s state racism and the inflated reputation of its universities.

Those who make it to university (in the face of the loss of the EMA) have not only to work to sustain themselves through their studies but debt must be incurred unless you belong to the exploiting and expropriating classes. Students at British universities are already amongst the most indebted in the world. With the introduction of higher fees debt levels will be pushed above £30,000 for a three year degree costing £6,000. Those paying £9,000 and living in London will face debt levels far higher than £40,000, even if they work part time throughout their studies.

The system is set up to make us into stupid consumers. We are expected to be calculating investors, thinking strategically about our future employability and earning capacities, instead of our desires to live and learn. In this, as in our edu-consumerism, students are cheered on by NUS leader Aaron Porter, who calls for ‘a consumer revolution in education’.

The future – for those who can afford to be ‘consumers and investors in education’ in the first place – is increasingly uncertain. Higher education still makes employment more likely, but with youth unemployment for adults under 25 soaring at 20.3% (making the total of unemployed youths 951,000), it is no longer a guarantee. Of the few of us who will be lucky enough to find employment relevant to our degrees immediately upon graduation most will be enrolled into the stress inducing machine of self-realisation and overwork. More likely, however, we face shitty jobs at TopShop or long periods of precarity – moving between overwork and unemployment, often initiated or interrupted by the mostly unpaid and fiercely exploitative labour of internships.

Our movement of students, young graduates and unemployed workers is rebelling against the attacks on our presents and futures. However, to be successful we sense that our struggle must be something more than that: One not defending the dreams and institutions of the present that breed this crisis uncritically. We must be ready to imagine, demand and create a new future based on our new-found and undiscovered powers.